An update from the TBT team!

One of the best privileges of working for the Trans Bhutan Trail is the opportunity to actually go out on the trail itself. Besides the obvious mental and physical health benefits, it also provides a connection to a Bhutan of the past, and an exploration of parts of my country I had never previously visited.

Although we had travelled to Wangdue Phodrang district – located in the centre west of Bhutan – many times before, we had never hiked the Pelela – Rukubji trail. The opportunity arose when our Marketing team went on a retreat to Bumthang, and we tried to complete as many hikes along the way.

We drove to Pelela Pass, known as the gateway to Central Bhutan. At an elevation of over 3,400 metres, it is one of the highest mountain passes in the country. From there, our three-hour hike began, as we descended into the open plains. We were greeted with a light drizzle – an auspicious sign we interpreted that our entire trip would go well.

Ten minutes into the hike, we were met with a herd of yaks grazing pastures. We saw a baby yak with huge earrings, holding a sturdy pose and looking like he was trying to fit in with the older yaks. It was a really endearing sight. The trek itself was that of moderate difficulty which made the walk pleasant, and we were able to appreciate the natural biodiversity found on the trail.

The highlight of the trek was a brief snowfall that made the air crisp. It was the first snow of the year for us and that’s when we started looking around and seeing the trail for what it truly was – a path that was so beautiful, but  hidden and overlooked because of the modern motor roads that we took instead. The hike brought the team together and made us appreciate the trail and what it could offer.

Midway through the hike, we started recognizing sights and scenes that we had only previously seen in the photographs that our colleagues from the trail team had taken, and we were amazed by how pretty it was in real life. The pictures did not  do justice to the beauty of the trail. We walked through a small village and saw a small cowshed that  reminded us of a scene from Studio Ghibli! 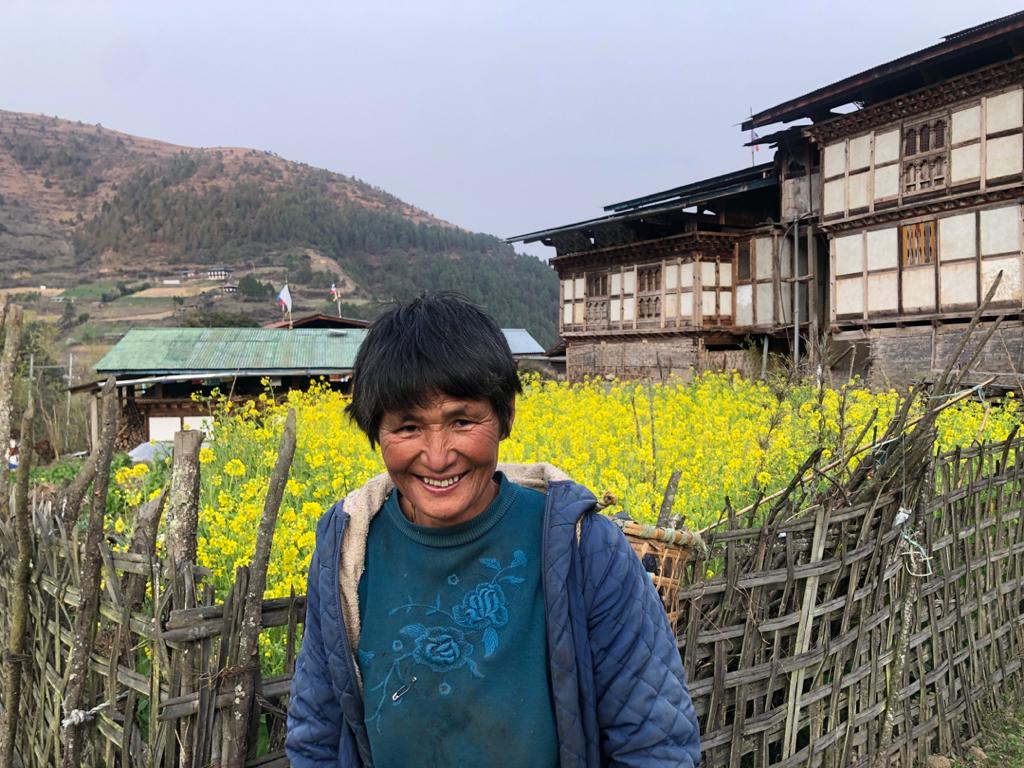 We had almost climbed back to the main road and to our van, when we met Aum Leki – a cow herder and villager from Rukubji. We bought some fresh cow milk from her, and she offered to continue our walk on the trail to the village monastery, our actual destination. In the midst of all the talking, she made Dolkar (our Marketing Manager) her adopted daughter. We did not want the trail to end!

After offering our prayers at the monastery and talking with the village chief (Gup), one of the villagers invited us to their house for a cup of tea and snacks. His house was as warm as his family, and as fascinating as his stories. After a wonderful day hiking a beautiful trail and meeting with charming locals, we said goodbye to Rukubji village and to a day that will now be a lovely memory.

By: Dechen Wangmo and Dorjee Tso

Our Journey through the Trail