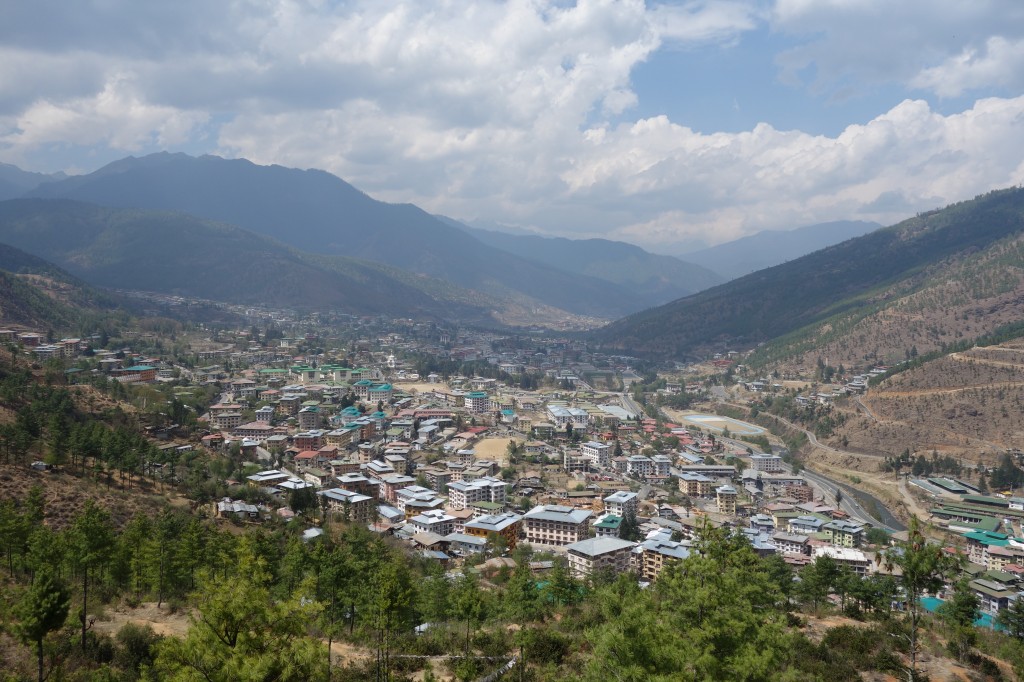 Here, at 7,874ft, is where you’ll encounter the hustle and bustle of Bhutan’s largest city, the capital Thimphu, with a population of nearly 100,000 and growing rapidly. In the past ten years alone, Thimphu has seen fast-paced development and a population boom, resulting in the beginning of traffic congestion and an influx of tourists. Thimphu works diligently to ensure that it’s growth is in-line with the concept of Gross National Happiness and sustainable development as it remains without any major commercial brand stores or fast food chains and continues the aura of an incredibly friendly and welcoming city, easy to get around, and with plenty to see and enjoy.

Our BCF teachers always begin their adventure in Thimphu as they attend a two-week orientation to acclimatise to the culture and environment and to set up their lives for the year ahead. Popular sites to note: 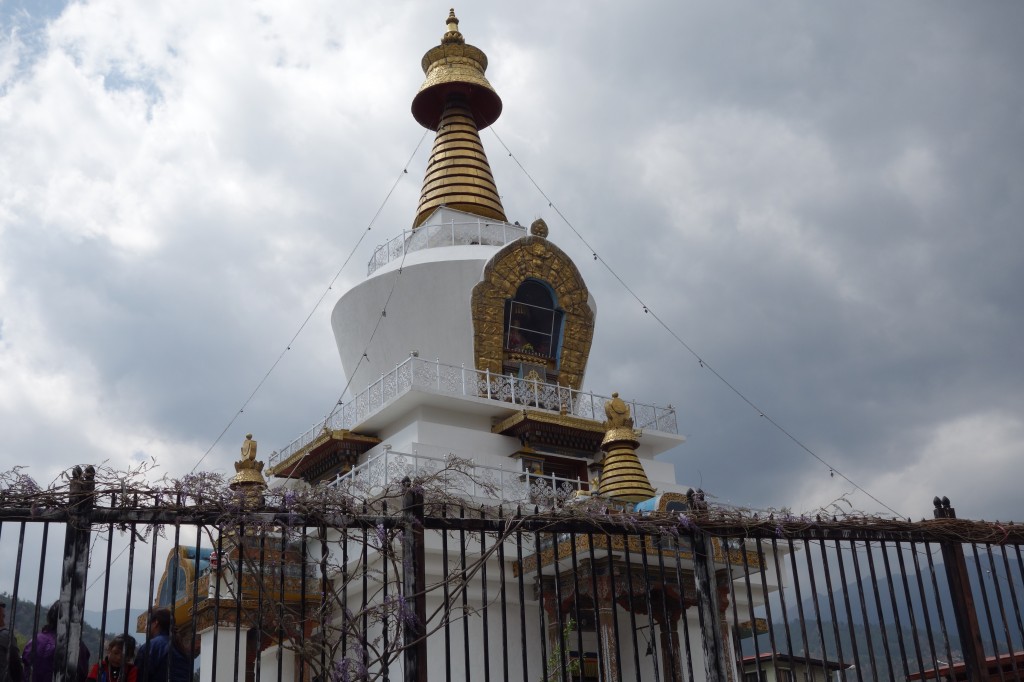 Memorial Chorten is located on Doeboom Lam (the BCF Thimphu office is just up the hill!). The chorten was built in 1974 to honour the 3rd King of Bhutan, His Majesety Jigme Dorji Wangchuck and was commissioned by the King’s mother, Her Majesty Ashi Phuntsho Choden Wangchuck. 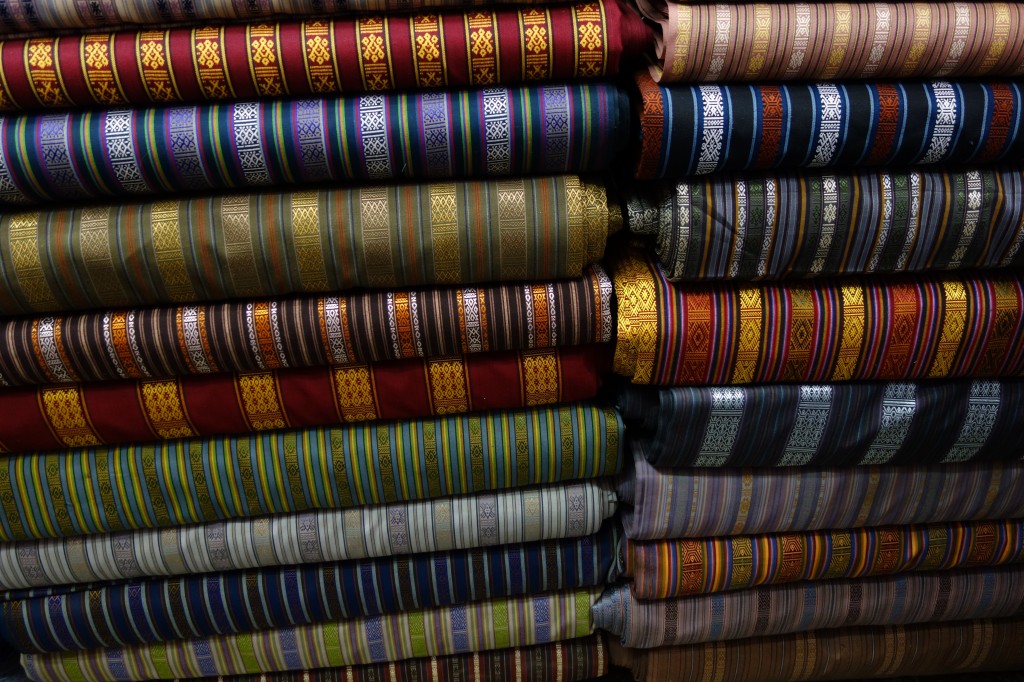 Bhutan Textile Museum (at the end of Norzin Lam) promotes Bhutan’s achievements in the field of textile arts and encourages the continued tradition of weaving and traditional textile patterns. Textiles from the 1600s onwards abound with a rich display of ornate kiras and ghos. 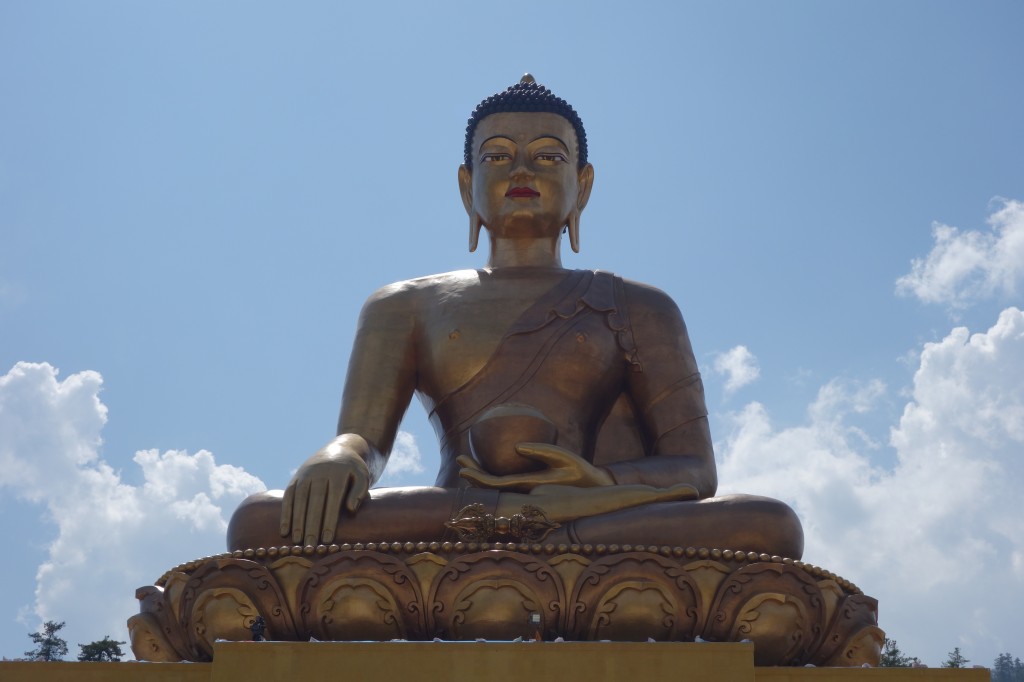 Buddha Dordenma Statue measures in at a height of 51.5 meters, making it one of the largest statues of Buddha in the world. The statue is made of bronze and is gilded in gold. 125,000 smaller Buddha statues have been placed within and is located atop a hill in Kuenselphodrang Nature Park, overlooking the Southern entrance to Thimphu Valley. 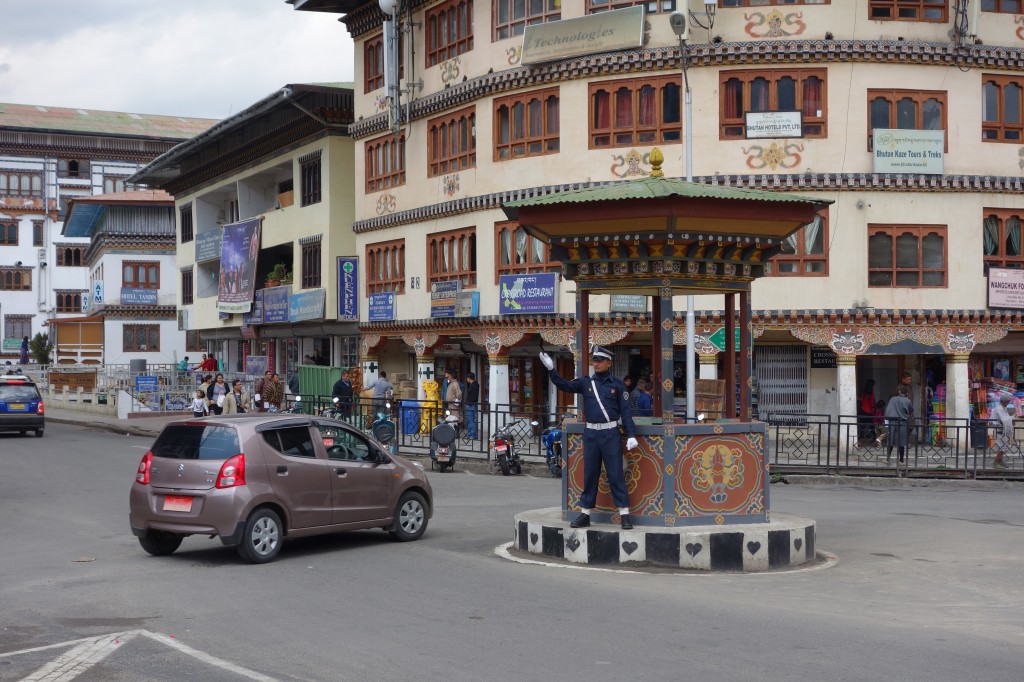 Norzin Lam is the city’s main thoroughfare – in terms of activities and businesses and is always hopping (by Bhutanese standards). Along this road, you will find tourist souvenir shops, hotels, and the icon of Thimphu City – the traffic police managing vehicular movements at the busy intersection! (No traffic lights in Bhutan!). 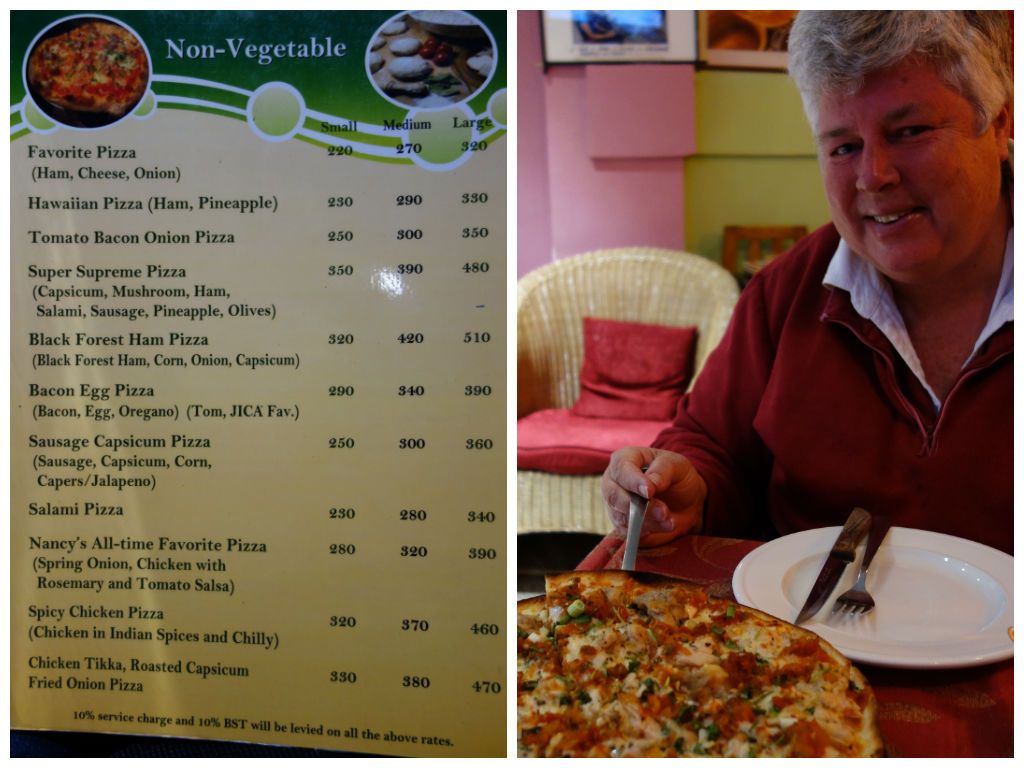 Seasons Pizzeria – one of the most popular food spots in Thimphu (with good reason!) specialising in creative and unique pizzas but also delicious baked goods. BCF Executive Director Nancy is such a fan that a pizza is even named after her! 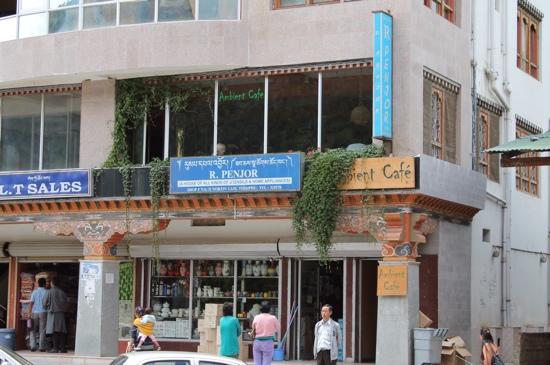 Ambient Café is another incredibly popular place for our BCF teachers and a regular hangout whenever they are in Thimphu. Not only for the free WiFi, strong coffee, and tasty snacks but for the incredible hospitality of the owners, husband and wife, Letho and Junu.