Skip to content
Today we’re introducing a new blog series – Bhutan Fun Facts. Over the next four weeks, we’ll let you in on some interesting facts that you might not know about Bhutan! To start, we’ll be highlighting some of Bhutan’s weird and wonderful animals!
Takin 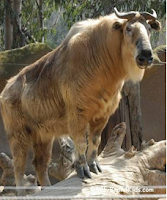 Bhutan’s national animal, this strange looking creature has a mythical story. It is believed that in the 15th century, the “Divine Madman,” Saint Drukpa Kuenley, created the takin while at a congregation of his devotees. After being mocked about his supposed magical powers, the saint decided to show off his skills, and asked for a whole goat and cow to eat for lunch. After eating the entirety of both animals, leaving only the bones, he placed the head of the goat onto the body of the cow, snapped his fingers, and from the pile of bones rose a strange looking animal – the takin. Don’t believe the myth? Taxonomists today still have trouble categorizing the animal – in fact they’re so stumped they’ve had to give it a class of its own, Bu-dorcas taxicolor. Pretty neat, huh?

Migoli
Another mythical creature, the migoli (or yeti) is described as a human-like creature that walks upright, with long, dark hair all over its body except for its face. Commonly agreed to exist, the migoli is most often spotted by Himalayan climbers and can also be identified by its giant footprints in the snow. Although many believe in the creature, some scientists have suggested that it could actually be a strange species of primate, or even a descendant of the Neanderthals.
Black-Necked Crane
The rare and endangered black-necked crane occupies a special place in Bhutanese hearts and folklore. Its arrival every autumn from Tibet inspires songs and dances; it usually heralds the end of the harvesting season and also the time when families start migrating to warmer climates. Like other cranes, these have an elaborate mating ritual, a dance in which pairs bow, leap into the air and toss vegetation about while uttering loud bugling calls. It can be difficult to distinguish the sexes because the colouration is so similar, but the females are slightly smaller. Their migration is on of the most difficult in the world. To reach their winter grounds in Bhutan the birds must traverse the highest Himalayan peaks. 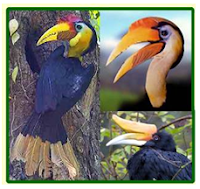 In the tropical forests of southern Bhutan you’ll find the beautiful hornbill. These black and white birds with brightly coloured beaks are know to be very picky when it comes to food. They usually choose their food right at the perfect moment of ripeness – late enough to avoid bitterness, and soon enough to ensure someone else doesn’t steal it. Their survival with such picky attitudes is an indication of the health of the forests in Bhutan. Amazingly, male hornbills have been known to swallow as many as 70 small fruits which they then carry back to their young.

Check out this site for more information on Bhutan’s weird and wonderful animals:
http://www.pbs.org/edens/bhutan/a_migo.htm
Applications to teach in Bhutan in 2013 are open!
Apply online at www.teachinbhutan.org
Bhutan Fun Facts: Weird and Wonderful Animals of Bhutan